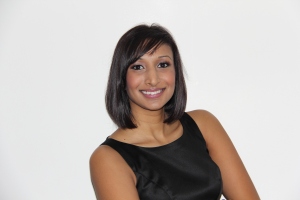 Since the height of the recession in 2008 entrepreneurship has been on the rise, as many professionals have decided to venture out on their own. Everyone has a business idea or passion they would like to pursue but not everyone has the confidence, gall, or financial security to do so. For the longest time the corporate world, especially when it came to business was

Jamaican born, Nikki Clarke, holds a Diploma in Social Sciences from John Abbott College and at, McGill University, earned a degree in Film and Communications where she received formal media training for print, television, radio. Nikki also earned an Honours Diploma from Sheridan College in Early Childhood Education. Gifted with acquiring languages, Nikki is fluent in English, French, and Spanish.  Nikki was an instructor 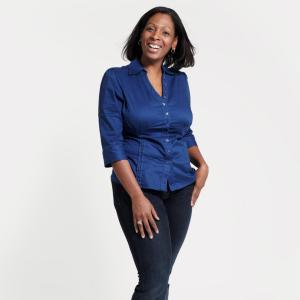 As an entrepreneur stress can become a natural state of being.  There’s so much to do and not enough hours in the day to get it all done, and if you’re a solopreneur, the responsibility is totally in your hands!  This can be enough to drive the most efficient of us crazy, and in those moments of overwhelm, it can leave you wondering

Building your personal brand is something that has become essential for all professionals young and old in the current global economy. Your “Brand” dictates how others identify and perceive you. Here are a few tips on building and maintaining your personal brand. 1. Identify your specialty What are you good at? In order to create an effective brand you need to figure out what

Destined to become a Wine Entrepreneur, Angela grew up beside a booming local food and wine industry and stems from a family of entrepreneurs. She is a true city girl with country roots who has a passion for building wine confidence. She got her start in the wine industry at the tender age of 16. Her story begins at the Prestigious Vineland Estates Winery Restaurant (a

How Bad Do You Want It?

Obstacles and challenges are par for the course when you make the decision to become an entrepreneur.  There’s the steep learning curve; tax laws, employment laws, business plan, marketing plan, website design, social media, oh yeah and getting customers/clients!  If that wasn’t enough to overwhelm you and have you running back to the ranks of the employed, you then have those well-meaning friends and

Shelley Jarrett is the Founder and CEO of SJ Image Creations. An image consulting company, based in Mississauga Ontario. Launched in October 2011, the business strives to teach and train women on building their image. Helping women to look good, feel good and perform better in their work places and in their personal lives. Shelley Jarrett has been in the corporate industry in sales

At the age of 20, Jessica Alex (Jessica Cobran) sat down and started writing what would become her first children’s book, “What If the World Had No Colour?” The idea to write this book came just a few months after she decided to put her first company Urban Voice (a free publication she started at the age of 17) aside to focus on her

Catherine McCormack is an experienced Marketing and Communications Professional, a breast cancer survivor and advocate, a realtor, a wife, and mother who battles with Multiple Sclerosis.  She began her professional career in Ottawa in 1996. Over the course of her career she has worked for Canada Trust, TD Bank Financial Group, McDonnell Haynes Advertising and Keller Williams Advantage Realty. She has a long history of 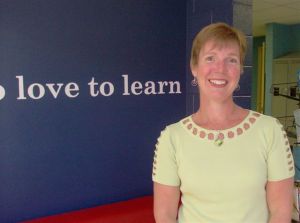 Belinda Bernardo Sixteen years ago, Star Academy principal, Belinda Bernardo, then a mother of three young children (aged 4, 6, 7), left a promising career, climbing the ladder with the public school board, to pursue her dream of founding her own school where every child could love learning. Today, while Belinda’s children are on to Post-Secondary educational journeys, Star Academy continues to provide

Canadian Small Business Women Blog will officially launch mid-February. The goal of this blog will be to provide valuable busines information from experts to my followers. We will also feature a “Small Business Woman of the Month.” This will be in the form of a short bio along with a short Q & A section. To nominate a business woman for this feature, please submit the following via email by the final day of each

Want to be a part of a unique database created just for you?  Send your business information to canadiansmallbusinesswomen@gmail.com and be the first to take part in the takeover!!

There are no upcoming events at this time.