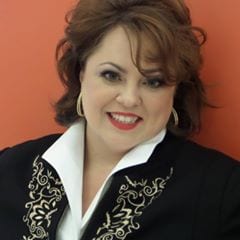 In 2013, I learned my federal government job would be moved from Oshawa, where I had a house, to Richmond Hill. I’d been unhappy for a long time in that job. It was scary to give up 11 years of security. But what other people might find comforting, I found restrictive and stultifying.

I had wanted, for years, to have my own business of some kind. I didn’t care what. I just wanted to do something of my own.

In 2012 I started my own retail business. I won’t lie, the financial toll has been much worse than I’d ever have envisioned, but I’m still happier than I had been for many years.

When I started, I was full of optimism. I believed in myself and my business with absolute certainty. There was no way this could go wrong. I was doing something good, for all the right reasons, and because of that, I would succeed.

Here are the top four things I would do differently, if I knew then what I know now:

Because I was a new business, I couldn’t get overdraft on my business account. “Come back in a year,” they said. After a year they wouldn’t give me overdraft because I’d had some payments returned NSF – because I was trying to run a business without something as basic as overdraft. The frustration of this circular reasoning probably took ten years off my life.

More importantly, with no line of credit — or even overdraft — to float me over emergencies like overdue hydro bills and being short to cover payroll, life was just pretty damn hard a lot of the time. There were a lot of calls to my parents. This was by far the hardest lesson learned.

There are elements beyond your control. If you’re a sole proprietor and your business fails, you will be left with A LOT of bills. That mess I mentioned earlier wouldn’t be my problem anymore if I had incorporated.

When I started, I was full of optimism. I believed in myself and my business with absolute certainty. There was no way this could go wrong. I was doing something good, for all the right reasons, and because of that, I would succeed. Unfortunately, all the “You-can-do-anything-if-you-just-believe-in-yourself!” messages I got from the cartoons of the 1980s can’t match the effects of, say, the anchor store disappearing from your plaza. Bad stuff happens, no matter how much you don’t think it can.

There is no IT guy to help with your computer when it dies; there is no payroll clerk to make sure you get paid              and make your government deductions.

There is support, such as business development agencies and the Chambers of Commerce, where you can attend workshops and networking meetings. In Durham region, where I live there is the Business Advisory Centre of Durham. Other communities have their own resources for small business owners. Make sure you use those resources. You’ll be surprised at the amazing, free offerings.

Those are the hardest lessons I learned when I opened my first business, a consignment store in Ajax. My current business is freelance writing, which is a bit lonely at times but also much easier as it is what I do best. Find me at www.durhamwritingservices.com.

Stephanie Regan is a writer and editor who gets her husband to hide her laptop at night. Some of her work can be seen at www.durhamwritingservices.com.