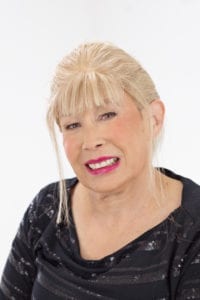 Born December of 1960 in St. Thomas, Ontario, Jackie Matej is one of nine children. At just 7 years old Jackie was diagnosed with Turner syndrome, a rare chromosome disorder that affects only women leaving them with medical conditions such as infertility, heart problems, vision problems, thyroid problems and kidney malformations. Jackie has never let this deter her from achieving her goals and having a rich full life. Jackie graduated from George Brown College with her Food Service Supervision Diploma in 1991. After working at several hospitals in Hamilton, Jackie decided to change career direction.

Jackie has always loved children and opened Wee World Home Daycare in 1994 and has enriched the lives of many children in her care since then just as they have enriched hers. Jackie graduated from Mohawk College in June 2011 with her Early Childhood Education Diploma and has enjoyed doing daycare ever since. In October 2016, Jackie proudly received the Bronze Medal CHCH Business Excellence Award for her work in daycare.

Jackie recently wrote the story of her life with Turner syndrome entitled, Ladders to Climb: My Journey with Turner Syndrome, which was published in December 2016. She hopes to make people more aware of the condition and continues to be involved with the Turner Syndrome Society, raising money and helping any way she can. She also would like to write children’s books some day soon!