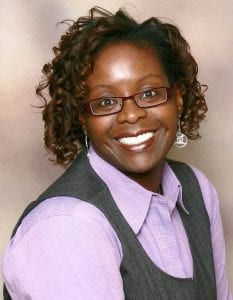 During the summer, Diana Davies-Harju, the CMO of Magnifi asked me to talk about the benefits of working with a coach, and mentorship as part of strategic planning at SparkFest. Sparkfest was an evening of networking, learning and inspiration for young tech entrepreneurs.

I was happy to give the talk. Not only because talking to young entrepreneurs is a satisfying experience, but because I’m excited about the potential of Magnifi, too. Magnifi is an app for iPhone that connects people to expert mentors, on demand (the Android version is launching soon!). It’s like Skype or FaceTime, with a built-in meter, and it ties into what I wanted to say about mentorship.

Although these remarks were made to a young audience of high school and university students, the ideas apply to a broader audience so I’m putting it in writing and expanding upon it here.

Anyone who has been following my blog over the past four or five years knows that I am an advocate for self-employment and entrepreneurship.

Recently, my brother reminded me of something our uncle used to say. “Whatever you do, make it your business,” he’d say, in his deep voice and a super-cool Jamaican accent. He was ahead of his time with his idea about doing what you’re good at and enjoy, knowing that the money will follow. He also appreciated the value of remaining in control of one’s destiny and livelihood.

In my opinion, it’s exciting and impressive to start or run your own business, at any age. But when you’re in high school or university, you don’t have as much education from the school of hard knocks as older entrepreneurs do. This means that you have your work cut out for you. Similarly, when you’re in the earlier stages of your career, there are lots of hidden obstacles that you only see in hindsight.

Thankfully, and especially currently, you really don’t have to learn everything the hard way. That’s a dangerous and expensive way to learn and grow a business or make progress in your career. It’s much smarter, safer, and cheaper, to learn as much as you can from others.

This is where I want to come back to Magnifi. One of the best qualities of the Magnifi app and community is it provides access to advisors and experts, across a range of domains. For instance, on the Magnifi platform, you can get career advice (from yours truly), dating and relationship advice (check out Susan Winter), or guidance on making the most of your media exposure (with support from Amber Nasrulla).

Magnifi gives you access to expertise and mentorship-by-the-minute when you need it. You can use it once, or you can use it once a day if you want to. Because you pay by the minute, it doesn’t have to be costly to bounce an idea off an expert. This also means that you don’t need to commit to a long-term arrangement or contract to get high-quality information or advice.

Mentorship is for Protégés

Some people are reluctant to ask for help because they think it’s a sign of weakness. In the world of entrepreneurship, weakness is a quality that most people avoid. I don’t consider participation in mentorship a weakness. Here’s why. In any mentorship relationship, there’s a mentor and a mentee or protégé. I prefer the term protégé because protégés are known for their talent and potential.

According to Walter Isaacson’s 2011 biography of Steve Jobs, Jobs had seven mentors. Yes, Steve Jobs was a protégé to no less than seven actual mentors. When I first learned this, I found it surprising, since Jobs had a reputation for being an independent thinking “tech cowboy.”

The folklore around Jobs was that he did what he thought was appropriate regardless of what others said or the trends of the day. The reality was different. He had several mentors for different stages and aspects of his life. One of his mentors was Robert Friedland whom he met while auditing university courses. Friedland taught Jobs about selling and persuasion, two skills that Jobs mastered and used throughout his life. Friedland also owned an apple orchard – that influence is obvious. 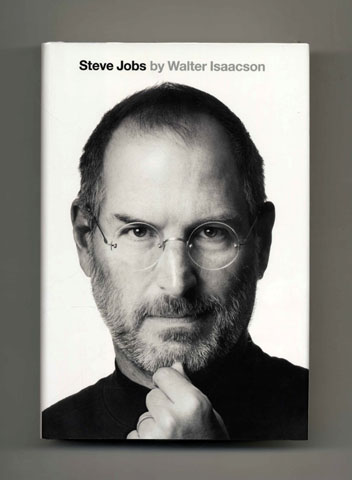 Bob Noyce was another of Jobs’ mentors. Noyce is credited with inventing the microchip and giving Jobs’ a tremendous insider’s perspective in the early days of the tech industry. A third mentor was a Zen Master named Kobun Chino Otagawa. Otagawa officiated at Jobs’ wedding. A more public and pervasive example of Otagawa’s impact is the minimalist design aesthetic that’s now one of the qualities for which Apple is known.

Clearly, the impact of these mentors is seen all over the business strategy that was so vital to the success of Apple. What’s also clear to me is that although much of the mythology around Jobs is his independent-tech-cowboy reputation for doing what he liked and not following others, he was influenced by his mentors.

Eventually, later in his career, Jobs evolved from being the protégé who received advice from several mentors to becoming a mentor to Mark Zuckerberg, the founder of Facebook, and Sergey Brin and Larry Page, co-founders of Google.

One takeaway idea that comes from these examples of mentorship is that receiving mentorship shouldn’t be viewed as a sign of weakness, it should be seen as a predictor of greatness. So, whether you’re just starting your career or your business or you’ve been at it for a while, find ways to learn from mentors, formally and informally. We can all have multiple mentors and we can learn different things from different people.

A second message that I shared with the young tech entrepreneurs is a lesson that I learned from an incidental mentor whom I met early on in my journey as a self-employed person. He said:

“How you do something is how you do everything.”

In other words, how you do one thing is an indication of how you do everything. For example, a typo in an email, blog post, or a printed letter can easily be interpreted as a sign of carelessness. Failing to call or send an email that you promised to send is a signal that you’re unreliable.

On the surface, this is unusual advice to share with young tech entrepreneurs. Most people would focus on technology or business plans, and overlook this important detail. In my experience, this simple advice is very impactful. Not understanding and executing on this one notion can undermine the success of your product or service.

If you’re curious about mentorship and you’re not sure where to start, I invite you to contact me by email or book a free initial phone call. If you prefer messaging via social media, then send me a direct message on Twitter, Facebook, or LinkedIn.

Of course, I’m also on Magnifi.