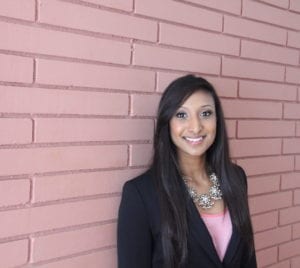 An emerging economy or emerging market economy as it is often referred to is an economy with low to mid range per capita income (the income of the average person living in this particular economy). Emerging economies are characterized by their rapid growth and volatility; they offer a huge potential for growth however pose significant political, financial and social risks.

Last year the IMF identified 23 countries as emerging market economies, however you don’t need to memorize all 23. A few common examples are the BRIC countries (Brazil, Russia, India, China) and the MINT countries (Mexico, Indonesia, Nigeria and Turkey). Other popular emerging economies are Malaysia, Thailand, Chile, the Philippines and South Africa.

Emerging economies constitute about 80% of the world’s population, with countries like China and India dominating the market. The rapid growth and potential high yield offered by emerging economies also make them an attractive option for investors looking to take on more risk in hopes of a higher and faster return on their investment. In addition emerging economies are a haven for outsourcing offering lower labour costs and an abundance of manpower.

Praveeni Perera is an experienced entrepreneur having co-founded a training and consulting company catering to clients around the world. Her area of expertise is international expansions. You can connect with her via Twitter or LinkedIn

At present thousands of homeowners across Canada are eyeing their options with more than a little trepidation. The majority of Canadians after all, are risk averse and when it comes to our mortgage options many of us have traditionally chosen fixed rather than variable interest rates, in order to allow us to avoid sudden hikes in the Canadian Prime. In fact, even just the idea of being stuck on a variable rate after a hike in the prime leaves many of us on edge. Yes, we can lock the rate in if we think the prime is getting too high, but who is to say we’ll manage to do that right at the right moment? Rate hikes after all, can leave homeowners not just paying less off their principle, but them facing paying more interest over the long run.

All that said, recent studies have demonstrated that historically at least, homeowners on variable rates have actually saved more in the long term when compared to more risk averse homeowners opting for locked in rates. This being the case, between 2008 and the present, variable rate mortgage options have experienced something of a resurgence in popularity. Moreover, those who have been part of this resurgence have made significant savings. The Canadian prime has consistently fallen since 2008 in tandem with Central Bank instigated economic recovery measures. This being the case, those who elected for fixed rate mortgages back in the 2000-2008 (supposed) boom years, have been left feeling a little cheated to say the least.

The only question is: How low is too low? You see, a significant number of Canadians haven’t just opted for more variable rate mortgage options over the past decade. Rather, many Canadians have also risked incurring penalties in order to switch back on to variable rates in light of seemingly fantastic overall saving benefits. However, the variable rate party can’t last forever and the sense of this seems to get more tangible by the day.

As of Sunday 11th of October 2015, the Canadian prime was standing at just 0.75%, that’s the lowest it’s been in over thirty years. Simple logic dictates then, that the rate can’t go much lower before being forced to rebound. Is this therefore the time to re-lock in variable rates? Expert economists who have been touting the virtues of variable rates have only been doing so after all, in light of a steadily declining prime rate going all the way back to 1979, and the reality is that the prime simply can’t get much lower. Or can it?

Whatever side of the fence you are on, you have to agree these are interesting times to say the least. One thing is for certain though, and that’s that now more than ever people need practical up to date mortgage advice, which they can trust over and above the usual sales pitches from all the big lenders. Being a completely independent mortgage agent, I can offer that advice. I make my business by building my reputation through my clients and if you need mortgage advice regarding the present rate fall and what it might mean for your future, I’d love to be able to help you in this regard.