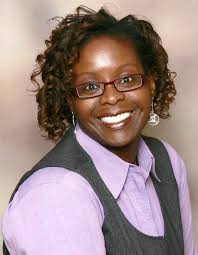 A while back, a business associate reached out to me with an urgent and problematic situation. She is a foreign-trained professional, a woman of colour, and she speaks perfect English with an accent. She was stumped by a situation and she knew I’d have some ideas. The problem was shrouded in coded language and dog whistle expressions.

This woman, let’s call her Vashti, owns a small business. She’d been invited to be featured in a video about the benefits of doing business in her city and the advantages of joining a local business association. The problem was that she had received a suggested script that made her feel uncomfortable and more notably she was insulted. 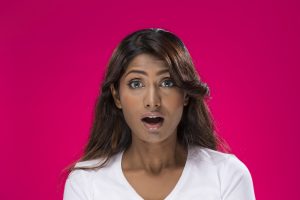 When I heard the details, I instantly identified with her concerns. I recognized a lot of coded language and dog whistle expressions. As a psychologist and a woman of colour, I know plenty about both. Let me explain. Coded language is when people use words that on the surface seem neutral, but they are consciously or subconsciously intended to mean something else. For example, the line, “Make America Great Again” can be taken at face value, or it can be interpreted as “Make America like it used to be … when women, LGBTQ, immigrants, non-Christians, and people of colour knew their place … and knew when to shut up.”  That one statement excludes and marginalizes a vast group of people who feel that the America of the past was far from ideal. For some of these people, the slogan hits like a punch to the gut.

Did you hear that? 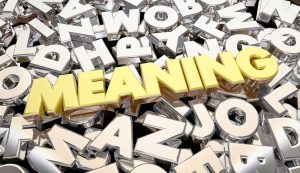 Similarly, “dog whistle” expressions or comments are those that seem impartial on the surface but mean something very different to people who share a particular attitude or ideology. Just as only dogs can hear a high-pitched dog whistle, only people who are attuned to a particular style of thinking and interpretation “hear” these “dog whistle” expressions. For instance, when a candidate for political office suggests creating a “snitch line” for reporting “barbaric cultural practices” even though the RCMP and other police organizations already have mechanisms in place for reporting illegal behaviour it can be taken at least two ways. One interpretation is that it’s only about keeping Canadian residents safe. Another interpretation is that this is a good way to report on immigrants and Muslims when you don’t like their perceived values or behaviour. This is a polite way of ensuring a sense of unwelcome to certain groups of people … without actually having to use obvious offensive language or ideology.

Now, let’s go back to Vashti’s dilemma. After she had agreed to be in a video about the benefits of doing business in her city and the advantages of joining a local business association, she was perplexed by the questions directed specifically at her. With an advanced degree, and as a successful business owner who lives in an affluent neighbourhood she couldn’t understand why she was expected to personally answer from a script focusing on:

On the surface, these are all reasonable and neutral concepts to explore but when the only person of colour addresses these issues, and all the other (majority group members) in the video emphasize their businesses, the benefits of networking, and operating their business in their city along with advantages of joining a local business association it sends a concealed message.

Language can be colour-coded

To break it down further, if Vashti is the only one of 6 – 8 people who talks about inexpensive real estate, it’s reinforcing the stereotype that people of colour can’t afford expensive/better quality housing. If that same person of colour is the only one who talks about discounts associated with their membership in the business association, it sends the same message. When members of the majority group do not talk about “culture, diversity, or openness …” but the minority or person of colour does, it isolates the responsibility to those who are already marginalized to discuss these matters. In addition, it uses the person of colour as a prop who’s been pigeonholed to promote a sense of inclusion while majority group members simultaneously exclude minorities from other personal endorsements/themes. 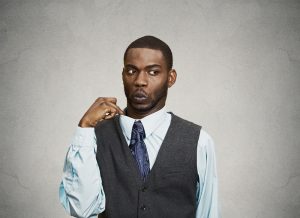 By now, you must be wondering how this story ends. Well, using the general parameters that Vashti was originally given, I helped her re-write her script. She addressed the original themes in a way that was still accurate but did not reinforce unhelpful stereotypes that may hurt her reputation or personal brand. Equally important, her revised script highlighted her contributions as an effective business owner. In other words, we edited out the coded language and dog whistle expressions. I’m pleased that I helped her with these revisions in a way that was tactful and didn’t shame or alienate the folks who had invited her to be featured in the video.

There’s a chance that no harm was intended and the fact that her modifications were accepted was encouraging. To be fair, Vashti had every right to be angry. She could have called out that organization with some not-so-coded language of her own. But she didn’t. She showcased her intelligence and principles by not engaging with the questions and answers that she didn’t feel were appropriate to her cause.

Sometimes, poised conviction alone can help determine how one will be treated. However, getting offended and confronting an organization or individual who claims to be unbiased and inclusionary is another valid step towards making some serious change and growth happen too. A direct call, visit, or email addressing one’s concerns is often welcomed. People and businesses can only do better if they know better.

As a woman of colour, I share this story primarily because it’s a good illustration of how to resolve an ambiguous but potentially charged situation without making it worse. These situations are difficult for Canadian-born people who are marginalized for any one of a number of reasons. These include the fact that they are visible minorities, part of the LBGQT community, are immigrants, Muslim, women, people with disabilities and more. It becomes much harder when power differentials, finances, or a person’s status as a newcomer who is unfamiliar with certain norms is thrown into the mix. This is also meant as a gentle lesson on how to avoid these potentially hurtful situations that can sometimes come up while dealing with HR or career matters.