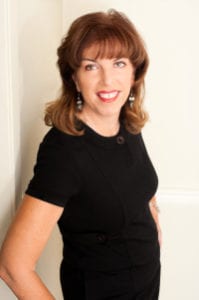 Today I wanted to explore a touchy subject. It’s bound to generate some conversation. It’s the “how do you handle this situation” blog. The blog where we discuss how to handle difficult situations that seem to happen to women, at least once (if not for some, multiple times) in a career, where you are faced with a series of awkward tweets, or conversations or text messages, from a male colleague, co-worker or supplier / contractor.

Now in light of the recent “MeToo” movement – perhaps you feel there is nothing touchy about this topic at all and that it’s very straightforward but let me describe a situation, recently experienced by a female entrepreneur, and I invite you to share with me how you might have handled it.

At a recent networking event a female entrepreneur, let’s call her Mary, meets a male entrepreneur whom we will refer to as Fred.  Fred seems genuine enough, they have a great conversation and he provides a service Mary actually needs. Nothing in the conversation was overly “friendly” or in any way inappropriate. She takes his business card and they agree to stay in touch. Later that week she emails him with her specific business requirements. He responds via text, not email. He uses words like “sweetie” and “hun.” Mary immediately feels that familiar feeling I think we have all felt:

Mary chooses to ignore the use of language, texts Fred back referring him to her email where her specific business needs are addressed and asks him to respond via email. Instead, Fred texts again. This time the words include “sweetie” and “hun” again, along with “thanks luv” and an invitation to “Call me so we can chat some more. Call anytime….” Mary chooses to end the conversation by not responding to Fred at all and rather than create any friction in the networking community in which they are both members, she does not confront him but simply discontinues any attempt at doing business with him.

If you’re thinking to yourself “been there done that” I am not surprised at all. If you’re also thinking, “I wish I had handled it differently” that too would not surprise me. I believe it’s a problem specific to female entrepreneurs and it’s something we need to talk about more often. I also think we need to warn other women when it does happen to us. There’s no need to “out” Fred as a sexual predator because clearly he is not. Perhaps he just has no filter. Perhaps he doesn’t really understand the potential negative effect of his tone and choice of language. If Fred were an older English gentleman for example, using words like “Luv” would have been a long ingrained cultural norm that meant nothing. However, he was not. He’s young, in an industry heavily populated by women and needs to learn appropriate communication skills – not just in his use of language but his tool of choice as well. If you are sent an email, respond via email. Texts are not generally considered a business communications tool.

I’m genuinely curious. I’ve tried to keep this description brief but from what I have said – what would you do? I’d love to hear from both men and women. I firmly believe that business language and etiquette should always be the norm. Mary should probably have informed her networking group about Fred’s language choices or at least asked if anyone else had experienced a similar issue. She could also have approached Fred directly to discuss her concerns and this might have turned into a learning opportunity for Fred. But she was uncomfortable doing so, and I get it. I bet you do too. Over to you…..